Historical Significance of the Property:

Mount Manresa was originally owned by businessman Louis H . Meyer. Meyer was son of a prominent New York ship owner, and was president of the Fort Wayne Railway company, and president of the village of Edgewater. He was one of the founders of the Staten Island Savings Bank and was the bank’s first president, serving for 10 years.

Myer invested $800,000 in making the original manor house (built by Samuel Bowne 1852) into one of the premier homes on Staten Island.  In addition to the improvement 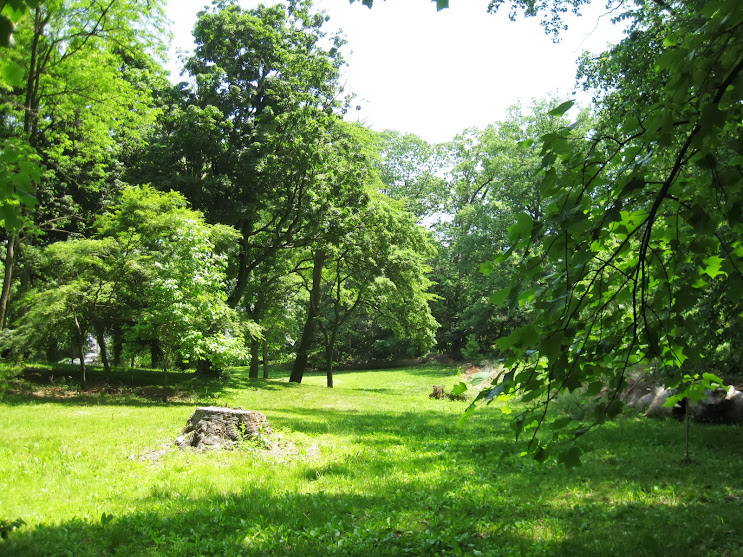 s to the manor, Meyer planted a great variety of trees, shrubs and flowers, which were imported from Europe, and thrived in the Staten Island climate. Today many of the trees he planted still stand on the property as well as numerous trees native to Staten Island, such as Oak and Tulip trees. There is a rare cluster of very tall, old Tulip trees on the north-side hill of Mount Manresa.
Fingerboard Road which is on the eastern border of Mount Manresa was once a native American trail, prior to 1661, when the Early Dutch and French Huguenot settlers arrived. The hillside terrain is remained natural to this day. Native Americans once lived in the area. Mount Manresa in its current state gives an indication of what Native American experienced, especially in the North Side hill.

Meyer named the property “Fox Hill Villa” and lived there till his death in 1898.

In 1911 Father Shealy purchased the 20 acre property in Fort Wadsworth, which had been vacant since 1898, for $50,000 ($13,000 up front), and Mount Manresa was born as the 1st Retreat House in America. The real estate broker was Cornelius G. Kolff, who was responsible for 36 developments on Staten Island, including Woods of Arden, Emerson Hill, Bement Estates, Hillcrest Park and Shore Acres. Kolff also served as president of the Staten Island Historical Society.

Mount Manresa property is also related to the history of the Great War. In 1918, the Army used some of the property to build the Fox Hill Hospital to serve soliders. In 1923, the government razed the building and awarded Mount Manresa $5,350 for damages to the grounds during WWI.

Mount Manresa property is also related the history of the Verrazano Bridge. Four acres of the property were sold to the City of New York in 1964 so the Staten Island Expressway could be built.

The Schweizer Family of Staten Island NY have long history with Mount Manresa (since 1930), and continues even today. Helena Schweizer began working there as a cook for 17 years in 1930, her brother in law Karl did maintenance. The Schweizer children spent their childhood on the property, playing and helping with chores. Conrad Schweizer, owner of Schweizer Nurseries (established in 1932) helped built a meditation garden along the original roadway leading to the mansion and across from the gazebo in 1997.